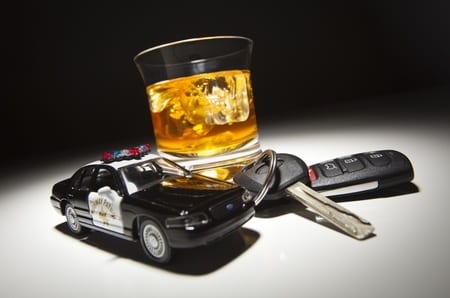 Just about one year ago, Chris Demko of Lancaster County lost his young daughter to a drunk-driver. Ever since this critical and devastating event took place, Demko has become an ‘unofficial’ law-pusher and advocate of sorts for implementing new, effective policy(s) for promoting recidivism in drunk-driving incidents and fatalities.

This July, a task force compiled of local legislators, law officials, and people like Demko will gather along with the State house and establish a hearing in West Lampeter Township—the place in which Demko lost his daughter to a drunk driver—whom also happened to be a repeat offender. This man, a repeat offender and driving under a suspended drivers license. A new bill proposed by state Representative R-Leola, and Keith Greiner would increase the requirements for DUI offenders to be required to install and maintain interlocking devices that require non-intoxicated breath for operating a vehicle’s ignition upon entering. While in Pennsylvania there are already similar DUI laws and policy in place, they are commonly limited to 1-2 years, at the discretion of the courts, and arguably don’t offer the most practical solutions for repeat-offenders over a longitudinal period of time.

While DUI laws have continuously been revamped in Pennsylvania since 2003, and again in 2013, it’s implacably assumed that enough still isn’t being done. For example, in 2010 at least 21.3 percent of DUI offenders had already had at least one previous related offense. Recorded in 2014, the statistical increased substantially to over 31.2 percent. This is concerning and comparable as it supersedes the statewide average of approximately 28.6 percent.

Lancaster County, Pennsylvania in particular is having a difficult time minimizing offenses, as it had 1,387 local cases in 2010, and since, has climbed to over 1,615 local DUI cases as of 2014. These incidents commonly lead to dismemberment and fatality. While the offender whom killed Demko’s daughter in a drunk-driving incident will be serving 20 to 50 years in a State Prison, this is not commonly the result. Whether it is more effective rehabilitation programs and funding, or harsher penalties, society wants solutions and answers to promote recidivism of DUI offenses and for it to be taken more seriously. For example, in comparison, a third-time offender of shoplifting get’s a more severe penalty than a multiple offending DUI perpetrator. So what does this say about society, the law, and what more can be done by law enforcement to promote a more positive and practical impact to decrease said DUI instances, and more so why has it seemingly become so prevalent in Lancaster County, PA?