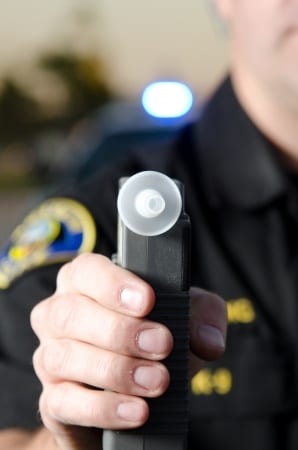 If you have a DUI in Los Angeles with a prior, you might question whether Second Time Offenses in Los Angeles Require an IID (an ignition interlock device).

An ignition interlock device is an electronic device that requires that you blow into a device, that measures alcohol, and only allows you to start the vehicle if you have no alcohol in your system.  Most of the devices also randomly or regularly require you to blow into the device while you are driving.  The devices have to be professionally installed by an installation center, approved by the DMV, and regularly calibrated and maintained.  The centers charge a fee for installation and maintenance, and must also report to the DMV the installation, removal, and any attempts to tamper with the device.

Why are Ignition Interlock Devices Required for First Time Offenders?

For first time offenses in California, certain counties require an IID for offenders, even with no priors.  Los Angeles County is the only county in Southern California that requires an IID on a first-time DUI.

The requirement of an IID is not a court-imposed penalty, although the court might warn about it.  It is a DMV requirement.  The reason why Los Angeles County cases all require a DMV imposed IID, is to see, as part of a pilot program, whether or not requiring an IID has any impact, or is a deterrent, against a first-time offender becoming a second-time offender.

The hope for the pilot program is to show, compared to statistics collected before the pilot project, that an IID either does or does not, cause persons to not offend again and get a second-time DUI.

Is an IID Required for Second Time Offenders?

The court doesn’t require an IID in Los Angeles, and neither does the DMV.  That makes the punishment for a second-time offense less than those for first-time offenders if you have a Los Angeles DUI case.

For the second time DUI offenders, the court will not impose an IID requirement.  The DMV will not make an IID mandatory, but for second-time offenders, the DMV imposes an 18-month suspension and requires that drivers attend an 18-month school to get a license back in full.  Drivers have two options of getting a restricted license, at their choice:

Most drivers choose the lower 90-day suspension and have an IID installed, whether they have a Los Angeles DUI or not.

-Written by Los Angeles DUI Attorney Robert Miller, of the firm of Miller and Associates.  Contact us for a free consultation if you have questions about your DUI case.