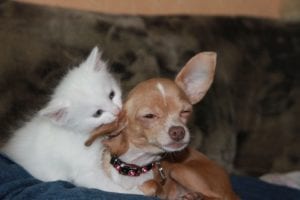 Before the adoption of the law in 44 states out of 50 slaughter of domestic animals was legal.

Buchanan raised the issue of the ban on animal consumption in 2017. His office made a statement that the practice of slaughtering cats and dogs, which is legal in 44 states, should be completely outlawed, because dogs and cats provide love and communication to millions of people.

According to the law, for the use of cats and dogs will follow a fine of up to $ 5000. The law also provides for the punishment for the delivery, sale and transportation of animals for the purpose of slaughter for human consumption.

One of the authors of the law, Democrat Alcee Hastings, said that now the House of Representatives plans to call on other countries to adopt a similar law so that the trade in the meat of cats and dogs is banned all over the world.

The only exception to the law was made for Indian tribes who use animals for religious rites, which is part of their culture.