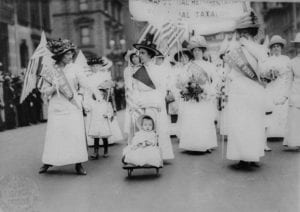 On Sunday, the United States marks the 98th anniversary of the approval of the 19th Amendment to the US Constitution, which granted women in the country the right to vote.

Since then, the number of women voters often exceeds the number of men in polling stations. According to the Center for American Women in Politics (CAWP), in 2016, 73.7 million women and 63.8 million men voted in the elections.

Nevertheless, today not all problems have been resolved.

Despite the fact that the presence of women in polling stations has increased over the past few decades, research indicates that women are underrepresented in various fields, including government, high technology, and the corporate sector.

According to the Inter-Parliamentary Union (IPU), an international organization that unites the parliaments of the countries of the world, only one out of four parliamentarians in the world is a woman.

In both houses of Congress, women make up 25.4 percent of legislators. In the House of Representatives, they are only 20 percent, according to the organization of the Emily’s List, the national community of women democrats.

If we are talking about corporations, only 25 of the leaders of companies that are included in the S & P 500 rating are just 5 percent of the total number of heads of business. 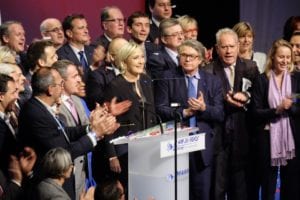 Although much work still needs to be done to achieve gender equality, the recent #MeToo movement against sexual harassment and violence has significantly increased awareness of this problem, says Lorraine Khariton, who this week became the new leader of the human rights group Catalyst, which is one of the oldest organizations , which promote the presence of women in the labor market.

At the beginning of the week (on Monday), Khariton told reporters that she was watching such a level of awareness about gender equality, as today, for the first time in her career that began in IBM in the 1970s, and as CEO of two technical start-ups, Beatnik and Apptera .

The #MeToo movement has brought about changes, including the increase in the number of women applying for participation in both chambers of the US Congress. Thus, in the upcoming November 2018 midterm elections, 54 women claim to be in the US Senate and 476 to place in the lower house of Congress, CAWP reports. 72 percent of women represent the Democratic Party.

According to a survey conducted by the Pew Research Center, Americans are mostly satisfied with this development.

Regardless of who belongs to one of the parties, according to the survey, 39 percent of respondents believe that the Congress will work better if it has more women legislators. Only 7% considered this a bad idea, and 53% said that gender does not affect the effectiveness of the work of the Congress.

At the same time, the results of the survey show that there are significant differences in the fact that Democrats and Republicans think about women in Congress.

80 percent of respondents who identify themselves with the Democratic Party support the participation of women in the electoral campaign. By comparison, only 39 percent of Republicans hold the same opinion.

On Friday, US President Donald Trump said: “We all benefit from the leadership and ingenuity of women in the fields of education, medicine, government, law, business, military service and all other spheres of activity that contribute to the greatness of our country.”

He also noted that his policy is aimed at supporting women, including increasing the tax deduction for children and additional tax deductions for paying day care for children. Trump said that his proposed budget this year, as in the past, will include a proposal to create a national program, within which paid leave for childcare will be provided. The President called on Congress to approve this measure.