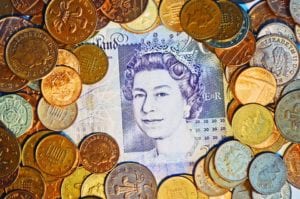 A court in New York’s Brooklyn on Thursday sentenced the former head of the foreign exchange operations branch of the British bank HSBC Mark Johnson to two years in prison and a fine of $ 300 thousand in October 2017, he was convicted of collusion and fraud in the exchange of about $ 3.5 billion to the British Pounds Sterling, said the prosecutor’s office of the Eastern District of New York.

“A member of the management of one of the world’s largest financial institutions Mark Johnson deceived his client into millions of dollars and for this he will now go to jail. This verdict should be a warning to everyone who is involved in criminal financial schemes, “said Acting Attorney General John Cronan. His words are quoted in the official message of the prosecutor’s office of the Eastern District.

As explained by the Inspector General of the Federal Deposit Insurance Corporation, Jay Lerner, Johnson and his accomplices “manipulated the foreign exchange market, abused their official powers and trust” of their clients. Together with Johnson in the case is the former head of foreign exchange operations HSBC in Europe, the Middle East and Africa Stuart Scott.

Both were accused that, using the intention of Cairn Energy to convert $ 3.5 billion into pounds and distribute them among its shareholders, they decided to play in advance and allowed HSBC to illegally earn approximately $ 7.3 million. Manipulating the exchange rate by deliberately buying pounds sterling the same bank HSBC, Johnson and Scott sold the client the target currency at an inflated rate.