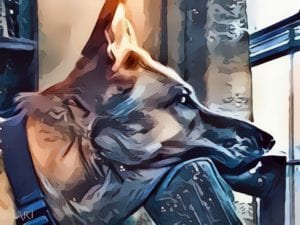 In the United States of America, all states, as well as the Federal District of Columbia, are legally protected from cruelty. These laws do not give animals rights, but they provide them with a certain legal protection.

The purpose of these laws is to deter people from violence in any form, as well as protect animals from cruel and / or improper treatment by imposing penalties for such actions.

Most of these laws declare ethical goals, which means that their goal is not only to protect animals, but also to keep people in the way of right and humane behavior and way of thinking.

But, whatever the reason, many other states recognize cruelty towards animals, negligence and ill-treatment as serious crimes.

In the Federal District of Columbia and another 42 states there are provisions that recognize cruelty to animals as a serious criminal offense.

The Animal Welfare Act is a federal law that contains provisions relating to research institutions, the maintenance of public and private shelters, the transport of animals, theft of animals, etc. In its original form it was adopted in 1966 and since then Numerous changes were made to it until 1996.

Any public or private shelter is obliged to keep a neglected dog or cat for at least 5 days, including weekends, to grant the right to the rightful owner to restore his ownership of the animal or to be able to find the new owners before the shelter has the right to sell this animal to some then reseller.