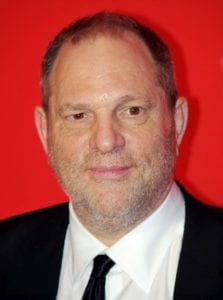 Weinstein was arrested on charges of raping one woman and making the other engage in oral sex with him.

The Manhattan prosecutors accuse Weinstein of rape of the first and third degree in one case and in the first degree sexual act in the second case.

Weinstein entered the New York police station through a flurry of journalists and photographers.

It was a scene not like walking on the red carpet, once again stressed how low the Hollywood producer fell, as dozens of women publicly accused him of sexual harassment.

It is expected that Weinstein will appear in court later on the same day.

He was arrested on charges of raping one woman and making the other engage in oral sex with him. Weinstein entered the New York police station through a crowd of journalists and photographers.
Note that the criminal case is based on statements of the former actress Lucia Evans. She was one of the first to publicly report the harassment of Weinstein back in 2017. According to Evans, Weinstein forced her to oral sex during a business meeting in 2004.

According to the source of law enforcement agencies, the amount of Vainshtein’s pledge will be set at $1m cash or $10m bond.

Recall that the story of sexual harassment Harvey Weinstein originates from October 2017. It was then that several women accused the movie tycoon of harassment. After some time about the rape the producer was declared and his other victims.

In general, Weinstein was accused of at least 50 women, among them well-known and not very much.

In addition to paying the collateral, Weinstein was required to wear an electronic bracelet and not leave the state of New York and neighboring Connecticut.