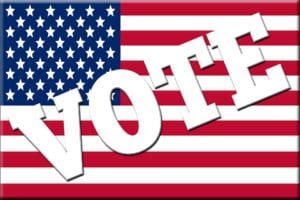 On Monday, the Supreme Court, divided according to the party affiliation of its members, made a decision in support of the Ohio State administration, and allowed her to clean the voter lists, striking off the names of those who had not voted in recent years.

All five conservative judges voted for this. The court’s decision, written by Judge Samuel Alito, states that the previous decision of the state election committee fully complies with the 1993 election law and does not violate the Constitution.

Opponents of the law argue the opposite, believing that the cleansing of electoral lists, introduced in Ohio and several other states, is aimed at suppressing the poor and minorities in order to make it difficult for them to vote.

Therefore, all liberal members of the Supreme Court voted against such a decision.

The debate about cleaning the list of voters has long been conducted in the US, and conservatives like these reproaches of the liberals are parried by the fact that they try to avoid violations and fraud in the elections, which, as a rule, are attributed to the democrats.

According to the rules introduced in Ohio, registered voters who did not vote for two consecutive years become a potential target for removal from voter lists regardless of whether they have changed their place of residence.

After comparing the voters’ lists with the data of the federal postal system, the electoral commission sends letters to such citizens asking them to confirm their right to vote. If the voter confirms this right or appears at the polling station in the next after sending the letter 4 years, he remains on the lists. Otherwise his surname is deleted.

However, at the same time the restoration procedure is foreseen, but it is possible to do it only until the next election.